A lot of time while I’m out shooting, I take several exposures of the same scene.  Well, actually, almost ALL the time I do this.  I don’t just trip the shutter repeatedly, though, hoping that something changes and creates a meaningful impact that otherwise wasn’t visible in the previous exposure.  Obviously there are variables I can’t control like weather or a stray airplane, animal, or pedestrian inevitably entering the frame.  When that happens, I need to wait a moment for the extraneous element to leave and continue shooting.  I try to concern myself with the variables I can change.  Shutter speed, aperture, perspective, and the use of filters are just a few of the variables I employ regularly to add an extra element or bit of flare to an otherwise static scene.  Most often a change in perspective provides the most dramatic boost to a photo, but you can achieve greatly different photos with simple change such as a longer exposure. 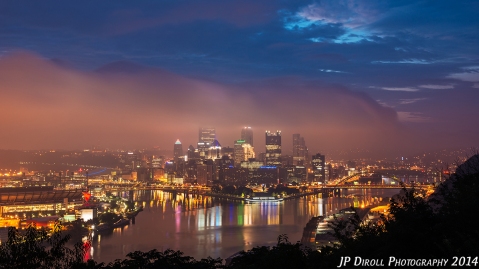 PHOTO 1 – This 13 second exposure retains much of the detail in the fog as it rolls into the city. 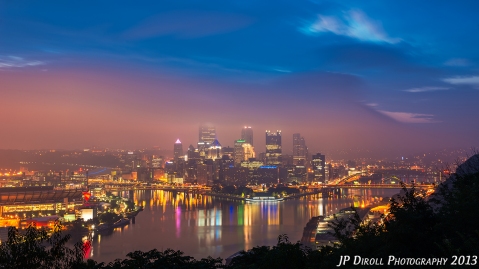 PHOTO 2 – Taken just two minutes after photo 1, this is a 130 second exposure.

Take the photos above, for example.  These two photos were taken roughly two minutes apart.  The camera never moved from the tripod, the position remained 100% constant.  The ONLY setting that changed with these photos was the shutter speed.  Photo 1 was a 13 second exposure while Photo 2 was ten 13 second exposures stacked in camera to create a 130 second exposure.  You’ll notice that in Photo 1, even though it is a long exposure, the fog is pretty well defined with a lot of mid tone contrast.  There is a pretty clear delineation in the wall of fog moving into the city.  It feels a bit ominous and foreboding.  Photo 2, conversely, has a more smooth look to the wall of fog and the clouds above.  The reflections in the river are also less defined.  Overall the photo has a more pleasing mood to it, in my opinion at least.  I’d like to know how you feel.  Which photo do you like better?  Please take the poll below and also please feel free to explain your pick in the comments!

Persistence and the end of summer – POTD

Labor Day has come and gone.  Summer doesn’t officially end until September 22, but for most Labor Day is the unofficial end of what many consider their favorite season of the year.  I, again like many folks, equate the summer with the beach.  Right, wrong, or indifferent….that’s what I do.  And it occurred to me just this morning that on all my social media platforms, this blog included, I’ve neglected to share a single beach scene or any non-Pittsburgh photo that just screamed summer.  Perhaps that’s because, for the first time and years, I visited zero beaches.  None.  Zip, zilch, zero.  But that’s okay.  I had an awesome trip to Disney World, took a nice long weekend family trip to Ohio, and had a couple trips to Washington, D.C. sprinkled in there as well.  They were all great times and in many ways they were better than a trip to the shore.  All that being said, though, I’d be remiss if I didn’t share a photo from the beach.  So with no further ado, please have a look at my absolute favorite beach scene I’ve ever photographed. 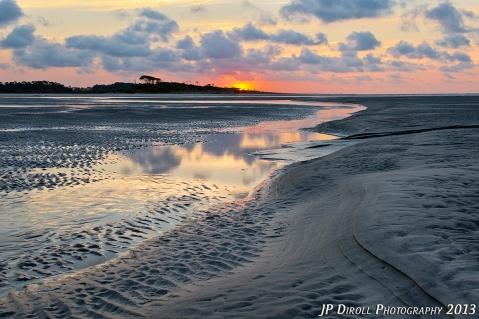 The above scene was taken at the inlet at the border of North and South Carolina in Cherry Grove, Myrtle Beach.  Each morning the tide would fill the inlet and upon its retreat create some of the most amazing, intricate, and unique patters in the sand I’ve ever seen.  I can’t wait to get back…who knows – maybe a fall beach trip is in order!